KYOTO, Dec 09 (Japan Today) –
Empress Masako, on the occasion of her 59th birthday Friday, reflected on having spent exactly half of her life in the imperial family since marrying Emperor Naruhito in June 1993, saying she felt “deeply moved” by her years as royalty.

“I have gone through many times of joy, as well as times of sorrow. I would like to express my heartfelt gratitude to the emperor and many others who have supported and watched over me every step of the way,” the empress said in a statement released by the Imperial Household Agency.

In October, the imperial couple visited Okinawa for the first time since the emperor’s ascension to the Chrysanthemum Throne in 2019 to commemorate the 50th anniversary of the southern island prefecture’s reversion to Japan from U.S. rule.

“It was an opportunity to deeply re-etch in my mind the preciousness and importance of peace,” said the empress, who has long battled a stress-induced illness. 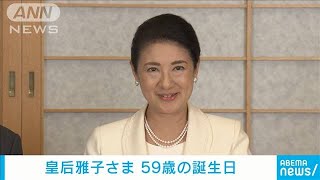 Empress Masako turns 59; reflects on half a lifetime as royal

Empress Masako, on the occasion of her 59th birthday Friday, reflected on having spent exactly half of her life in the imperial family since marrying Emperor Naruhito in June 1993, saying she felt “deeply moved” by her years as royalty.

The mother of Hana Kimura, a former cast member of the popular reality show “Terrace House,” said Tuesday she has filed a lawsuit against the program’s Japanese broadcaster and two other companies, claiming her daughter committed suicide because of the show. 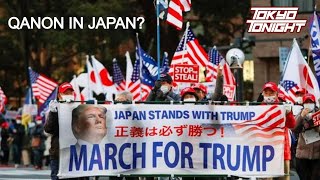 Police searched the head office of a group claiming to be the Japanese arm of U.S. conspiracy cult QAnon in Shizuoka Prefecture on Monday after its members were arrested last week for forcing their way into a local mass coronavirus vaccination site earlier this year.

Three men have been detained in Britain over their alleged involvement in a 2015 robbery that netted over 100 million yen ($742,000) worth of jewelry from a luxury shop in central Tokyo, an investigative source said Saturday. 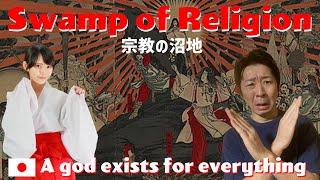 When Japanese people are asked their religion, 70 percent of them say no religion but they often visit shrines and temples, pray to gods, and enjoy many religious events all year long.